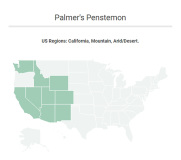 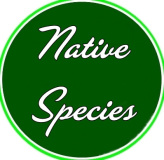 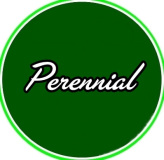 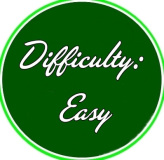 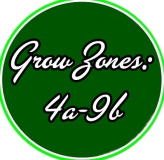 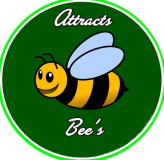 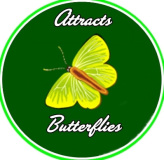 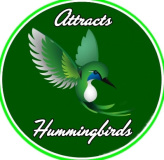 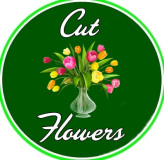 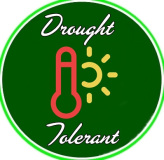 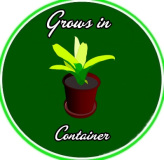 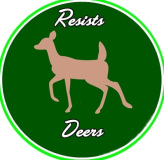 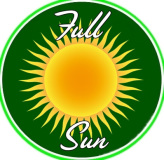 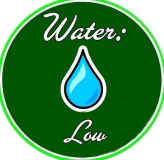 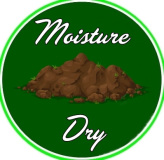 SKU:
$1.00
1 7 $1.00 - $5.60
$1.00
Unavailable
per item
This Beardtongue was named after the British botanist Edward Palmer, and is found native to desert mountains from easter Mojave to Utah and in New Mexico. Growing in washes, roadsides, canyon floors, and other similar areas, this plant is a tough, drought and heat resistant species. This wildflower is most notable for it's tall spikes of showy light pink blooms. Favored by bumblebees who like to squeeze themselves into the bulbous throats of the flowers!
Add to Cart
<
>
​Scientific Name: Penstemon palmeri

Attracts Beneficial Insects: Yes. Penstemons are considered desirable forages for deer, antelope, and birds either as herbage or seed. They may also provide some cover for selected small bird species. They provide diversity to the plant community.

Produces: tall spikes of showy light pink blooms.
Penstemons do best on well-drained soils. Most ecotypes do well on infertile, disturbed soils. They have excellent cold winter and drought tolerance. They will tolerate weakly saline to weakly acidic sites. They are usually found in open areas, but will tolerate semi-shaded conditions. They are not tolerant of fire, but are fire resistant due to leaves staying green with relatively high moisture content during the fire season.

Palmer’s penstemon is found in blackbrush, sagebrush, Joshua tree, pinyon-juniper, and ponderosa pine communities where subsurface moisure is available from 800 to 2500 m in elevation.
These species should be seeded with a drill or broadcast at a depth of 1/4 inch or less into a firm seedbed.  Ideal seeding depth is 1/8 inch.  The best seeding results are obtained from seeding in very early spring (because of grass component of mix) on heavy to medium textured soils and in late fall on medium to light textured soils. Late summer (August - mid September) seeding is not recommended. Dormant fall seedings (preferred seeding period for penstemons) will pre-chill seed and reduce seed dormancy, which is very strong in some species. Mulching, irrigation, and weed control all benefit stand establishment. Seedling vigor is good, but not as good as most grasses. Germination may not occur until the second growing season. Flowering should not be expected until at least the second growing season.
Seed is generally harvested by hand stripping or by combine. Seed is mature when capsules are dry and seed is hard and dark in color. Flowering is indeterminate with mature capsules and flowers
present at harvest period. Multiple harvest periods (by hand) may be necessary to maximize seed
collection. Some seed will shatter once capsules open, but the capsule is upright and tends to hold
seed very well. Seed can be separated from the capsule by use of a hammer mill or barley de-bearder
followed by air screening.
Cleaned seed should be allowed to dry and then stored in a cool dry area. An after-ripening period of 3 to 4 months is required. Seed retains viability for several years under these conditions.
Native companion plants for the formal prairie garden: Spiderwort (Tradescantia sp.), Evening Primrose (Oenothera macrocarpa), and Butterfly Milkweed (Asclepias tuberosa).

$1.00 - $5.60
This beautiful wildflower is a wonderful shade of blue and will brighten your days year after year! Often found growing in fields, woods, ditches, this plant is native to a large part of the US. Though sometimes accounted as a weed, it is often cultivated for use in flowerbeds and containers and ,when it is found growing wild, it is usually welcomed and allowed to stay!

$1.00 - $5.60
Butterfly Weed, one of the most striking of native plants, lights up the prairies with its blazing orange flowers. It thrives in rocky or sandy soil, typically in open fields or along roadsides. One of its common names, pleurisy root, refers to an old remedy for lung ailments that contained this plant. At one time, the silk from this plant’s seed pods was spun for fabric or used for stuffing pillows; in World War II, school children gathered the silk to provide a cheap filling for soldiers’ life jackets. Commercial attempts to make use of this abundant plant included the manufacture of paper, fabric, lubricant, fuel, and rubber; eventually these became impractical and were abandoned. Though this plant is toxic to most animals, butterflies are immune to the plant’s poison and actually become rather poisonous themselves as protection from predators.

Bursting with brilliant fuchsia stars, this showy perennial wildflower puts on a striking display! Look out for butterflies! Blooming in late summer, Meadow Blazing Star supplies a fine cuisine for the Monarch butterfly. King of the Blazing Stars!