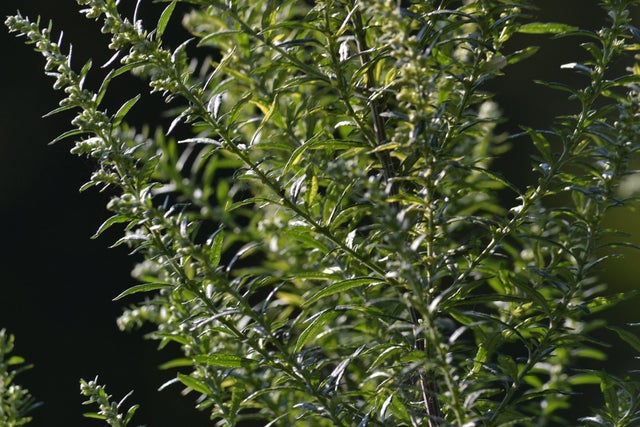 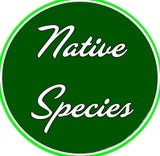 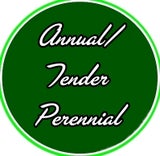 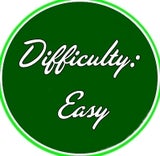 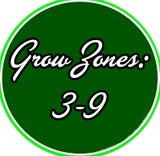 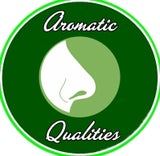 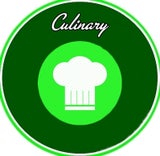 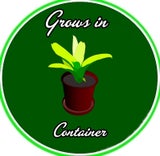 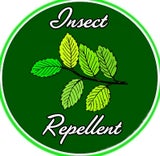 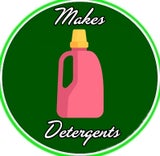 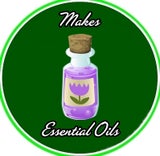 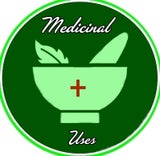 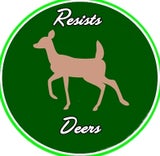 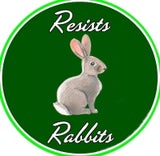 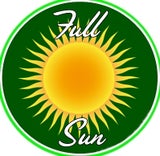 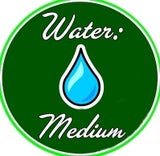 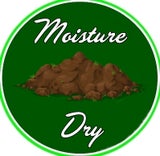 Russian Tarragon is a perennial herb that is native to Eurasia but can be commonly found growing in the western United States. At maturity, this plant reaches the height of 3-4' and features erect stems, 3-4” narrow, aromatic, lance-shaped, pale to medium green leaves, and tiny, greenish-white flowers. This plant can be grown in a container, is resistant to deer and rabbits, the leaves are used to repel insects, makes detergents and essential oils, and is both edible and medicinal!

Water: Medium. Tarragon is an undemanding plant that requires little beyond an occasional watering.

Containers?: Yes. Tarragon is perfectly suited for container growing, as long as the roots have at least 6" of growing space. Make sure to choose a container that drains well and fill with regular potting soil. Water when the soil becomes dry. Place in full sun. Trim regularly, and transfer to a larger pot before the roots become root-bound.


Garden Uses: Wild tarragon is an aromatic herb that is primarily grown in herb gardens. It also may be effectively grown in containers or window boxes. It is generally not considered suitable for borders or other ornamental plantings.
Soil Preference:
Soil pH: 4.9-7.8, Ideal 6.5-7.0. Tarragon likes deep, well-drained, and fairly fertile soil.

Soil Preparation:
Compost (Nitrogen), 2 cups per plant, 1 time: Incorporate 2 cups of compost into the planting hole
Start the seed indoors about a month before the last frost, thinly sowing on the surface of a flat; keep the temperature at 65-70 degrees F and away from direct sunlight until germination. When there is no chance of frost, transplant the seedlings 24-30" apart. Tarragon grows best in dry or well drained soil and full sun or light shade. Direct sowing is possible but somewhat difficult because of the extremely tiny seed. This herb attracts butterflies and bees, as well as repelling harmful insects and deer. Tarragon can be also grown from cuttings or root division, though growing it in a container is not recommended because of the size and sprawling growth habit of the plant.
Tarragon develops its full flavor when left to itself in dry soil and abundant sunlight. Mature plants tolerate drought very well, and should not be watered unless drought conditions persist. Overwatering can lead to root rot as well as other fungal diseases. For healthy growth, keep the plant trimmed.
Harvest fresh leaves as soon as the plant reaches a height of 6". The best time to harvest is in the morning after the dew has dried. Entire stems or the whole plant can also be cut slightly above ground level, since this will encourage new growth. To dry entire stems, cut them off and bundle them; hang them upside down in a dry, dark place for about 2 weeks. Strip the leaves from the stems and store them in a cool, dry place.
Tarragon is best used fresh. The leaves don’t dry very well, but can be frozen to preserve their fresh taste. Pick leaves and put in ice cube tray and cover with water.

Storage Req: Freezer
Storage Temp: 32°F
Storage Length: 1-180 days
The small green flowers should appear sometime in the fall, though the plant may not have time to produce seed if the growing season is too short. Harvest them individually as they begin to develop mature seed, which will look almost like black dust. Carefully gather the heads and spread them out to dry away from direct sunlight, then shake them lightly to remove the seed. Store the seed in a cool, dry place.

Culinary Use:
Use in soups, vegetables, mild cheeses, fish, and to flavor vinegar.

Tarragon is a bitter warming aromatic herb that stimulates the digestive system and uterus, lowers fevers and destroys intestinal worms. It is little used in modern herbalism, though it is sometimes employed as an appetizer. The leaves (and an essential oil obtained from them) are antiscorbutic, diuretic, emmenagogue, hypnotic and stomachic. An infusion is used in the treatment of indigestion, flatulence, nausea, hiccups etc. The plant is mildly sedative and has been taken to aid sleep. It also has mild emmenagogue properties and can be used to induce a delayed period. A poultice can be used to relieve rheumatism, gout, arthritis and toothache. The plant is harvested in the summer and can be dried for later use. This herb should not be prescribed for pregnant women. The root has been used to cure toothache. The essential oil is used in aromatherapy to treat digestive and menstrual problems.
Source
Project Purity Seeds can not take any responsibility for any adverse effects from the use of plants. Always seek advice from a professional before using a plant medicinally.

The leaves contain about 0.3% essential oil, about 70% of which is methyl chivacol. This is used as a food flavoring, in detergents and also medicinally. Both the growing and the dried plant repels insects.

Allies: Tarragon is one of the aromatic herbs recommended by companion gardeners to improve growth and flavor of neighboring vegetables.

Companions: Place a tarragon plant at the corners of raised beds, grow it in the herb garden, or interplant it among plots of eggplant, tomatoes, potatoes, and other vegetables. Tarragon also adapts well to life in a container, either outside or on a sunny windowsill.

Enemies: None known. Tarragon is a member of the same genus as wormwood, but it appears to lack the toxic qualities of that herb.

​Susceptible to root rot in moist soils, particularly poorly drained ones. French tarragon does not always survive winters, and wet soils in winter is a common cause of plant demise.
Anti-rheumatic: There are two main causes behind rheumatism and arthritis. The first is improper circulation of blood and lymph, especially in the limbs, and the second is the accumulation of toxins, such as uric acid, in body. Therefore, it is obvious what the cure would be. It should primarily be a circulatory, that is, it should increase or facilitate circulation.  Secondly, it should be a detoxifier, meaning that it should help remove toxins from the body.

Tarragon Essential Oil helps with the first solution. It has good circulatory properties and increases circulation, which brings warmth to the affected parts of the body and it does not let uric acid accumulate in any one place. It also helps detoxification by stimulating urination and excretion, which both help to remove toxins.

Circulatory: The Essential Oil of Tarragon improves the circulation of blood and lymph and helps in the proper distribution of nutrients, oxygen, hormones, and enzymes throughout the body. Furthermore, it does not let toxins accumulate at particular places, such as the joints.

Digestive: This oil speeds up digestion by stimulating the secretion of digestive juices (gastric juices such as acids and bile) into the stomach, which helps break down food into various nutrients and stimulates peristaltic motion in the intestines. This facilitates the motion of food through the whole digestive system.

Deodorant: The spicy smell of tarragon is used to keep body odour away. It also inhibits the growth of microbes on the skin, which further reduces body odour.

Stimulant: It stimulates the brain, nervous, digestive, circulatory, and endocrinal systems. This means that it stimulates the whole metabolic system and as a result, growth and immunity are stimulated.

Vermifuge: The toxicity of this oil kills any worms in the body. These include roundworms and tapeworms that are found in the intestines, hookworms that can live in any part of the body, and even maggots on wounds. It is alright to use this essential oil externally, but extreme care should be taken when taking it orally, since it is a toxic substance.

Other Benefits: It increases the appetite and treats anorexia, dyspepsia, flatulence, gas, and infections in the urinary system.

A Few Words of Caution: This oil is poisonous due to the presence of estragole, which is another name for methyl chavicol. Hence, it should not be given to young children and pregnant women.

Black Beauty Eggplant is a heirloom, very tender, warm weather annual vegetable that is native to south eastern Asia, but was introduced into the United States by Burpee Seed Company in 1902. At maturity, this plant reaches the height of 24-36” and features 8” pear shaped, dark purple eggplant. This plant can be grown in a container, is rabbit safe, tolerates drought, and is both edible and medicinal!

Golden Egg Eggplant is a very tender, warm weather annual ornamental vegetable that is native to south eastern Asia, but can be found growing in gardens throughout the United States. At maturity, this plant reaches the height of 24” and features nearly two dozen 3-4" egg-shaped fruits that turn from white to golden. This ornamental plant can be grown in a container and tolerates drought!!

Long Purple Eggplant is a heirloom, very tender, warm weather annual vegetable that is native to south eastern Asia, but can be commonly found growing in gardens throughout the United States. At maturity, this plant reaches the height of 24-36” and features 9” cylindrical, smooth, dark purple eggplants. This plant can be grown in a container, is rabbit safe, tolerates drought, and is both edible and medicinal!

Amana Orange Tomato is a heirloom, tender, warm weather perennial vegetable that is native to Iowa, where it was named by Gary Staley after the Amana Colonies of Amana, Iowa. At maturity, this plant reaches the height of 60-84” and features globe shaped, reddish orange beefsteak indeterminate tomatoes that average 1-2 lbs. This plant can be grown in a container, attracts earwigs, is rabbit safe, tolerates drought, is used to make cosmetics, insecticides, and soap, and is both edible and medicinal!

Beefsteak Tomato is a heirloom, tender, warm weather annual vegetable that is native to New York, where it was bred by Peter Henderson in 1894. At maturity, this plant reaches the height of 36-60” and features indeterminate, globe shaped, slightly ribbed red tomatoes that average 1-2 pounds. This plant can be grown in a container, attracts earwigs, is rabbit safe, tolerates drought, is used to make cosmetics, insecticides, and soap, and is both edible and medicinal!

Green Zebra Tomato is a heirloom, tender, warm weather annual vegetable that is native to Washington, where it was bred by Tom Wagner in 1983. At maturity, this plant reaches the height of 60-84” and features indeterminate, globe shaped greenish yellow tomatoes striped with green, averaging 3-5 ounces. This plant can be grown in a container, attracts earwigs, is rabbit safe, tolerates drought, is used to make cosmetics, insecticides, and soap, and is both edible and medicinal!

Sweetie Cherry Tomato is a heirloom, tender, warm weather annual vegetable that is native to the United States, where it was first introduced by the Petoseed Company in 1980. At maturity, this plant reaches the height of 72-96” and features indeterminate, clusters of round red cherry tomatoes that average 1" in diameter. This plant can be grown in a container, attracts earwigs, is rabbit safe, tolerates drought, is used to make cosmetics, insecticides, and soap, and is both edible and medicinal!

Yellow Pear Tomato is a heirloom, tender, warm weather annual vegetable that is native to Europe, but was first introduced to North America by the Hudson Bay Company of Vancouver, Canada. At maturity, this plant reaches the height of 60-84” and features indeterminate, pear shaped, low acid yellow tomatoes that average 1 ounce. This plant can be grown in a container, attracts earwigs, is rabbit safe, tolerates drought, is used to make cosmetics, insecticides, and soap, and is both edible and medicinal!